A downloadable game for Windows and macOS

Steventon Street is a visual novel in which you play as a woman who opens a bookstore in the fictional town of Peabody, Maryland. But nothing's ever simple for this Janeite, and she suddenly finds herself surrounded by new faces, as well as a few old ones.

Each romantic storyline is a loose adaptation of one of Jane Austen's six novels.

Get the OST here! 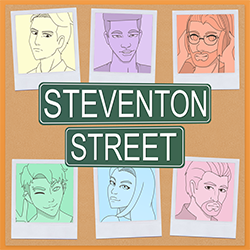 * For those of you who already own the DLC, when updating to v1.6+, the DLC files will have to be copied into the new version's game folder. Please be aware that the first time you play after updating, you will not be able to skip through previously read DLC scenes the way you're able to with scenes from the base game. Also note that, while saves will carry over, a save created in the middle of a DLC scene will start from the beginning of that particular scene.

This game is so awesome for a free indie game!

I really love the Protagonist's customization and the Unlocked outfit after finished each route system, and also how the villain interacted differently with protag in each route, like not just repeated skip-able story. It really worth replayed😔

I'm already finished Janus & Slayton's. Now in progress of Fred, but his story is kinda hard to continue because Lo is such sweetheart😢 which it made this so awkward. (The intention's literally on point tho. You romance your taken-ex, dude. That's what you got😔)

P.S. It's a shame, I can't romance Martin🥲 Grumpy one always took my heart (the same as Will do to me) but He is so cute with Jetta😭

waaaaah its so beautiful. i loved the characters and their personalities. the romace mwahhhh the only person imnot fond of is mc tbh:((

I've been playing for 2 hours now and I've not got any options for any of the LIs, 'cause Delilah is always there instead, I'm wondering if there's a reason for this or I just have to play more for the other LIs? (At the time I'm writing this I am at the halloween event)

There weren't any options at the welcome party at the beginning of the game? After reuniting with Freddie, there should be three choices.

Is that what determines in? Wow I had no idea, thanks :) Since theres six, which will be for which?

A lot of people were having trouble figuring out how it worked, so I made this flow chart.

You can also find more information about the game on my tumblr, such as a gift guide and how to unlock the hidden wardrobe items.

I was a bit worried at first because I had a bad feeling about Wyatt and I thought I was being forced into a relationship with him, but then I realized that was kind of the point and felt relieved. I found a few spelling/grammar mistakes here and there but they were few and far between. But literally everything else was incredible, so time for the positives.

I love every single character to much. They all feel so fun and unique, and *real*. I also really enjoy that everyone has different outfits throughout the story, and that even minor characters (like August's grandparents) were drawn, because you don't usually see that. I've finished everyone but Freddie and Delilah's (half-way through hers) routes as I'm writing this. I really like the stories in general. Like, sometimes with romance visual novels, there's drama for the sake of dramas sake. Like "Well, something has to go wrong to keep this story going", and I didn't get that impression at all throughout the game. Every bump in the road made sense for the characters and storyline. I also really enjoyed the character customization options. I was so excited when I figured out you got a new outfit after every route. Overall, I think August's route has been my favorite so far, because he's just so. Damn. Sweet. I was on the verge of tears like four separate times throughout the story because he just made me feel so heard and loved.

Anyways, sorry if this was kind of all over the place, I just love this game so much and have a lot to say!!

Hi! I'm loving the game! It's really well written, and I love all the characters so much.

Just wanted to let you know though, that I'm getting 'an exception has occurred' on August's route, on Sunday the 13th of December. It says the error name is: 'muffled jingle bells playing in distance is not defined' (I hope this is helpful, sorry, I'm not too sure how to define the error!) If I click ignore three times, I get back to the story so it's not too big a deal, although I would like to know what happens on that day, haha.

Thank you for making this amazing game, I just finished playing Aurore: Five Princes and had to get this one too, and I do not regret it. Your writing is amazing, and I'm looking forward to your future works! Keep up the amazing work, and stay safe!

Thank you for pointing this out to me! It looks like Ren'Py was unhappy with the way one of the "comments" on Bookworm's blog was formatted. I'm in the middle of uploading an updated build (1.7) where that shouldn't be a problem anymore. If you want to finish out your playthrough without updating, though, all you missed was a few comments on the blog for that day. The only information you get from it is that it's the first post where Bookworm mentions to her readers that she has a boyfriend.

I really appreciate your kind words. I'm so glad you like my games! :)

I’m glad you found the problem! I ended up completing his route anyway, and finishing the game! It was absolutely amazing, and I cried more than once through it, which just shows how fantastic the writing was! I didn’t mention in my initial comment, but I’ve never seen a game like this one before. Getting to choose what we look like, as well as our outfit every month, the mini games to make money, the birthday parties, just everything about it was so... well, it really made my day. Thank you so much for creating this, I’ll be coming back to it every time I need a pick me up.

And thank you for letting me know what happens! I was worried it was something that revealed something about August’s grandfather haha.

Anyway, thank you again, I can’t wait to play your future games! Keep up the great work!

I really enjoyed it.

The story is pretty cool as well as MC designing tool. But my favourite part was a various outfits each character wear depending on day and occassion. That's very great detail :)

If you are reading this, early access of this game is available on Patreon!!

The one female love interest feels kind of limiting. :

Some otome games have no female LIs at all, I don't see the problem?

Because it's 2020 and we're supposed to challenge norms.

So you'd rather force your own quota onto the game's creator to have them make more female LIs against their own will (which would most likely lead to neglected characters) instead of looking for other specific games that willingly focus on female LIs, and then support their creators in order to have more content like that?

You're really pressed about someone's opinion that doesn't effect you. You realize not everyone is just gay or straight, right? Having one LI is limiting because it's a situation of, "you're not entirely straight? Date the one gay person in town!" It's a start but it could be better. I'm not forcing anything on the devs but the comment sections on itch exist for this purpose and if you disagree with me that's fine. Move tf on.

"It's fine" but at the same time you feel the need to express yourself in an agressive way, you want to voice your opinion but you don't want to let others do the same thing? The way you phrased it, that "we're supposed to" do it, does have a forced vibe to it. I never said bisexual people don't exist, and there's a market for that as well. But this isn't real life, it's just a game and games have target audiences. Being upset about there being only a sort of bonus female LI in an otome mainly targeted towards a straight female audience (that potential bisexual players, or merely people who like yuri might enjoy) is kind of like being upset about an open-world game not having enough mini-games within it. Now, I might be wrong, maybe the creator of the game did want to primarily attract a bisexual audience, in which case yes, the game isn't very balanced. But hey, it doesn't seem to be the case here.

I loved the demo. Hay can I ask a favor? Can I use your backgrounds? Pretty please?

Sorry, but no. I worked really hard on my backgrounds.

If you're trying to put a team together to make a visual novel, you might try the forums. Otherwise, you could try googling for free resources.

Thanks for replying!!! And I did googling but it didn't satisfy me.

A game about books? with a customization system?  Based on Jane Austen's books??? Is this a dream come true or something?? I'm going to play the demo right away-!

edit: I wonder which character is which... I can see that Carlos and Will are based on Mr. Bingley and Mr. Darcy, I think at least

edit 2: So I just figured out that the game is called Steventon Street after the village Steventon in Hampshire, where Jane Austen was born (another nice detail is the book store's default name being Pemberley),,, Sorry, I'm a huge Jane Austen nerd😭

Yes! I'm glad somebody got the reference.

Some of the characters are more obvious than others. Many are combinations of multiple characters from across the Jane Austen canon to help streamline the cast.

that's so cool! Thank you for making this game, I really love the demo!

I really enjoyed the demo for this game, the idea that each love interest is based on one from a Jane Austen book is really charming! The main character also feels very real and I like viewing the story through her eyes, bespectacled or otherwise. Will is one of my favorites... even though he is kinda an ass. Can't wait for the full game to come out and am looking forward to hearing more as you continue to work on it! 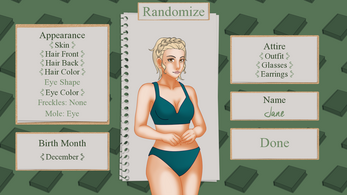 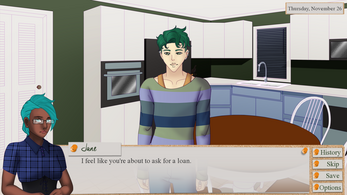 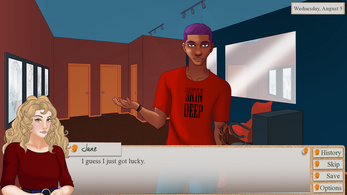 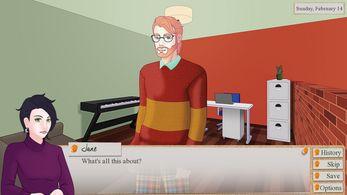 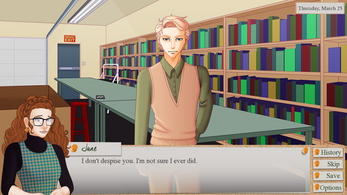 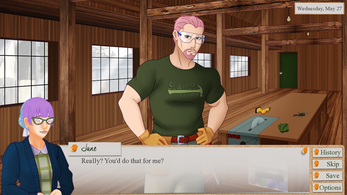 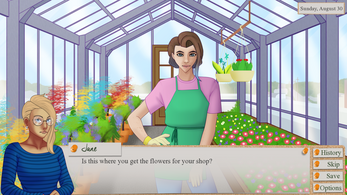